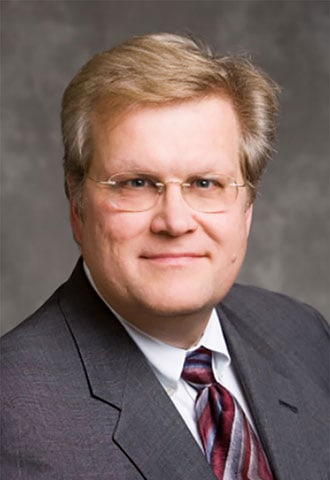 Mr. Kolomayets earned his Bachelor’s degree in 1984 from Loyola University of Chicago, majoring in chemistry and history. Following his graduation from Loyola University, he worked as a research analytical chemist in the NutraSweet Division of G.D. Searle Company of Skokie, Illinois. After leaving G.D. Searle in 1985, he attended the University of Illinois College of Law in Champaign-Urbana, Illinois, and was granted his Juris Doctor degree in 1988.

After graduation from the University of Illinois, Mr. Kolomayets joined the firm of Cook, Wetzel & Egan, a predecessor to the present firm, specializing in intellectual property law. Mr. Kolomayets has been with the present firm and its predecessors since 1988, specializing during that time in patent and trademark law, and related unfair competition matters. His patent prosecution practice specializes in the analysis, patenting and prosecution of medical and biomedical devices, systems and methods.

U.S. Court of Appeals for the Federal Circuit

U.S. District Court for the Northern District of Illinois

×
Contact us for a complementary consultation to get started

While Cook Alex would be pleased to discuss your legal needs, please understand that merely contacting us does not create an attorney-client relationship. Additionally, please do not send us any confidential information unless we have agreed to be your attorneys and represent you.