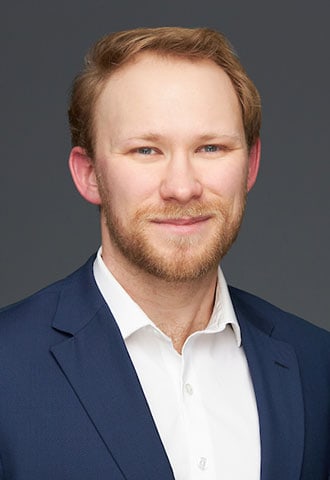 Damyan Kolomayets is an associate attorney at Cook Alex Ltd. Damyan studied chemistry at the University of Minnesota – Twin Cities College of Science and Engineering and earned his Bachelor of Science degree in 2016.

After graduating from the University of Minnesota, Damyan attended the Loyola University Chicago School of Law and was awarded his Juris Doctor degree in May 2021. During law school, Damyan contributed to and was a senior editor for Loyola’s intellectual property blog, IP Bytes. During his studies at Loyola, he clerked with the firm beginning in 2018 and became an associate at Cook Alex Ltd. in 2021.

Damyan Kolomayets is admitted to practice law in the State of Illinois.

×
Contact us for a complementary consultation to get started

While Cook Alex would be pleased to discuss your legal needs, please understand that merely contacting us does not create an attorney-client relationship. Additionally, please do not send us any confidential information unless we have agreed to be your attorneys and represent you.